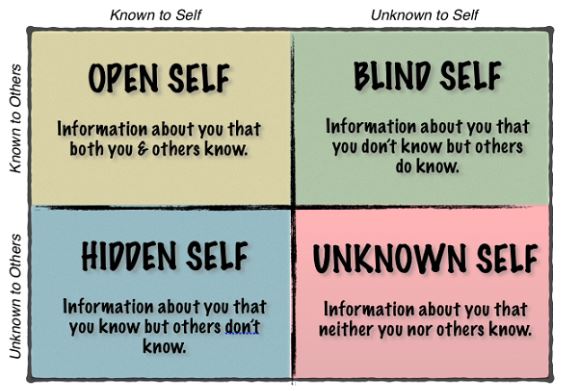 The Johari Window, named after the first names of its inventors, Joseph Luft and Harry Ingham, is one of the most useful models describing the process of human interaction. A four paned “window,” as illustrated above, divides personal awareness into four different types, as represented by its four quadrants: open, hidden, blind, and unknown. The lines dividing the four panes are like window shades, which can move as an interaction progresses.

In this model, each person is represented by their own window. Let’s describe mine:

1. The “open” quadrant represents things that both I know about myself, and that you know about me. For example, I know my name, and so do you, and if you have explored some of my website, you know some of my interests. The knowledge that the window represents, can include not only factual information, but my feelings, motives, behaviors, wants, needs and desires… indeed, any information describing who I am. When I first meet a new person, the size of the opening of this first quadrant is not very large, since there has been little time to exchange information. As the process of getting to know one another continues, the window shades move down or to the right, placing more information into the open window, as described below.

2. The “blind” quadrant represents things that you know about me, but that I am unaware of. So, for example, we could be eating at a restaurant, and I may have unknowingly gotten some food on my face. This information is in my blind quadrant because you can see it, but I cannot. If you now tell me that I have something on my face, then the window shade moves to the right, enlarging the open quadrant’s area. Now, I may also have blindspots with respect to many other much more complex things. For example, perhaps in our ongoing conversation, you may notice that eye contact seems to be lacking. You may not say anything, since you may not want to embarrass me, or you may draw your own inferences that perhaps I am being insincere. Then the problem is, how can I get this information out in the open, since it may be affecting the level of trust that is developing between us? How can I learn more about myself? Unfortunately, there is no readily available answer. I may notice a slight hesitation on your part, and perhaps this may lead to a question. But who knows if I will pick this up, or if your answer will be on the mark.

3. The “hidden” quadrant represents things that I know about myself, that you do not know. So for example, I have not told you, nor mentioned anywhere on my website, what one of my favorite ice cream flavors is. This information is in my “hidden” quadrant. As soon as I tell you that I love “Ben and Jerry’s Cherry Garcia” flavored ice cream, I am effectively pulling the window shade down, moving the information in my hidden quadrant and enlarging the open quadrant’s area. Again, there are vast amounts of information, virtually my whole life’s story, that has yet to be revealed to you. As we get to know and trust each other, I will then feel more comfortable disclosing more intimate details about myself. This process is called: “Self-disclosure.”

4. The “unknown” quadrant represents things that neither I know about myself, nor you know about me. For example, I may disclose a dream that I had, and as we both attempt to understand its significance, a new awareness may emerge, known to neither of us before the conversation took place. Being placed in new situations often reveal new information not previously known to self or others. For example, I learned of the Johari window at a workshop conducted by a Japanese American psychiatrist in the early 1980’s. During this workshop, he created a safe atmosphere of care and trust between the various participants. Usually, I am terrified of speaking in public, but I was surprised to learn that in such an atmosphere, the task need not be so daunting. Prior to this event, I had viewed myself and others had also viewed me as being extremely shy. (The above now reminds me of a funny joke, which I cannot refrain from telling you. It is said that the number one fear that people have is speaking in public. Their number two fear is dying. And the number three fear that people have, is dying while speaking in public.) Thus, a novel situation can trigger new awareness and personal growth. The process of moving previously unknown information into the open quadrant, thus enlarging its area, has been likened to Maslow’s concept of self-actualization. The process can also be viewed as a game, where the open quadrant is synonymous with the win-win situation.

Much, much more has been written on the Johari window model of human interaction. The process of enlarging the open quadrant is called self-disclosure, a give and take process between me and the people I interact with. Typically, as I share something about myself (moving information from my hidden quadrant into the open) and if the other party is interested in getting to know me, they will reciprocate, by similarly disclosing information in their hidden quadrant. Thus, an interaction between two parties can be modeled dynamically as two active Johari windows. For example, you may respond to my disclosure that I like “Cherry Garcia” by letting me know what your favorite ice cream is, or where a new ice cream shop is being built, kinds of information in your hidden quadrant. Incidentally, it is fattening, so be careful on how much you eat!

We believe disclosure to be healthy, at least that’s the impression one gets after reading Freud. However, Anita Kelly recently wrote that self-disclosure of personal secrets has its dangers. We are often better off not telling secrets regarding our sexual behavior, mental health problems or large-scale failures. “If you give people information about yourself, you give them power over you,” she says. Monica Lewinsky’s disclosure to Linda Tripp and the ensuing scandal that enveloped President Clinton is a case in point. Be forewarned that most secrets get passed along to at least two more parties. People also misjudge how others respond to secrets. Sometimes you get negative feedback. For example, a women who reveals that she was raped may be seen in the future as a victim, or by men as damaged goods. Now, if you must tell your secret to someone, chose that person very carefully. Chose someone whose response will give you some insight into your problem. Unfortunately, such a person is often hard to find. So if you cannot find anyone appropriate, consider this: that keeping secrets is healthy and tasteful, because it is a way of managing your identity, and indicates you are secure and have self-control. But it takes energy, because you have to be on constant guard not to accidentally reveal something that is potentially damaging.

As ones level of confidence and self esteem develops, one may actively invite others to comment on one’s blind spots. A teacher may seek feedback from students on the quality of a particular lecture, with the desire of improving the presentation. Active listening skills are helpful in this endeavor. On the other hand, we all have defenses, protecting the parts of ourselves that we feel vulnerable. Remember, the blind quadrant contains behavior, feelings and motivations not accessible to the person, but which others can see. Feelings of inadequacy, incompetence, impotence, unworthiness, rejection, guilt, dependency, ambivalence for loved ones, needs to control and manipulate, are all difficult to face, and yet can be seen by others. To forcibly reveal what another wishes not to see, is “psychological rape,” and can be traumatic. Fortunately, nature has provided us with a variety of defense mechanisms to cope with such events, such as denial, ignoring, rationalizing, etc.

The Johari window, essentially being a model for communication, can also reveal difficulties in this area. In Johari terms, two people attempt to communicate via the open quadrants. On the simplest level, difficulties may arise due to a lack of clarity in the interaction, such as poor grammar or choice of words, unorganized thoughts, faulty logic etc. This induces the receiver to criticize you, the sender, by revealing something that was in your blind quadrant. Then, if the feedback works, you correct it immediately, or perhaps on a more long term approach take a course in reading and writing. On a deeper level, you may be in a group meeting, and while you secretly sympathize with the minority viewpoint, you voted with the majority. However, blind to you, you actually may be communicating this information via body language, in conflict with your verbal message. On an even deeper level, you in an interaction with others, may always put on a smiling, happy face, hiding all negative feelings. By withholding negative feelings, you may be signaling to your friends to withhold also, and keep their distance. Thus, your communication style may seem bland or distant.

And let’s not forget the parable of the blind men and the elephant. Our society is constructed so that many of us get very specialized, knowing only a small academic field very well, while being virtually ignorant of all others. This specialization is blinding many of us to what is happening in the world today. According to R. Buckminister Fuller, this system of education was done on purpose, to channel the most intelligent people into specialties, enabling them to be more easily controlled. Noam Chomsky has made similar comments with regards to the manufacturing enterprise, and how Adam Smith’s writings have been purposely misrepresented. See my webpage On Education.

In the construction of this website, I am putting more of my knowledge into the open quadrant. I am consciously using the Johari model to improve my awareness of the world. If you see one of my blind spots, please feel free to contact me, and let me know!

Also have a look on 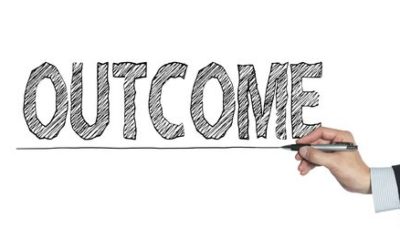 Why should you use a facilitator

The other day, I was asked by a franchisee in a large franchise organization: “What are the benefits of having a facilitator at a Franchisee...

END_OF_DOCUMENT_TOKEN_TO_BE_REPLACED 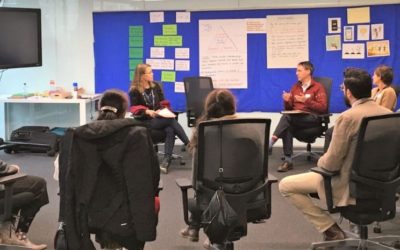 Make the hard choices now, they only get harder!

From canceling a contract to dealing with a team member who is not pulling their weight, it is always better to deal with these situations sooner...

END_OF_DOCUMENT_TOKEN_TO_BE_REPLACED

Feedback is only good if you use it!

In the past we have all received surveys asking our opinion about a product, a stay in a hotel, or some such thing. The information collected in...